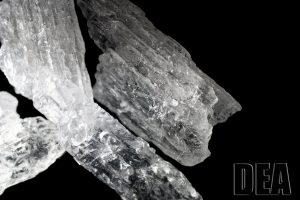 SAC COUNTY, IOWA – An Iowa man was airlifted to a hospital after telling cops he gobbled up some meth.

Saturday morning, October 24, 2020 around 12:53 AM, a sheriff’s deputy on patrol stopped a car at the intersection of 270th and Sierra Avenue just South of Sac City, Iowa, for an equipment violation.

During the stop, the deputy received consent to search the car. The deputy approached the passenger side and asked the passenger who was identified as 46-year-old Cristian Lee Garrett of Rockwell City, Iowa to step out of the car. The deputy notices that Garrett is acting irrationally, and talking about dying. Garrett then begins to scream and tell law enforcement that he was going to die and that he had eaten about an ounce of Methamphetamine. Sac County ambulance transported Garrett to Loring Hospital in Sac City. Garrett was airlifted to a Sioux City Hospital.

Matt Olson, age 31 of Breda, Iowa, was the driver of the car and was charged with fraudulent use of registration. Sac City and Lake View police assisted at the scene. 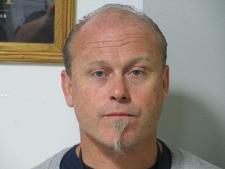