Terry Branstad Opinion: Resetting the Relationship Based on Reciprocity

This news story was published on September 14, 2020.
Advertise on NIT • Subscribe to NIT 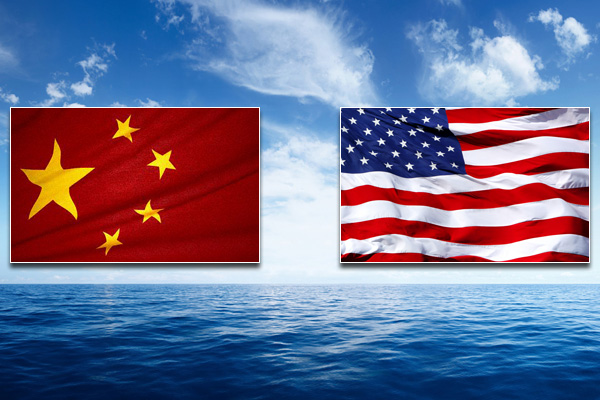 We have long said we want a constructive, results-oriented relationship with China, and that view has not changed. A constructive relationship means that we are honest and candid not only about our shared interests, but also about the issues that divide us. We need not just endless reaffirmations of our respective interests, but concrete outcomes that truly benefit our peoples. 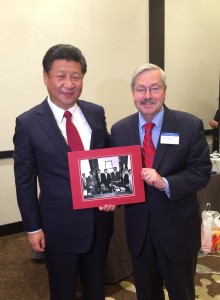 Gov Branstad and President Xi of China in a 2015 photo

From a U.S. perspective, we have made too little progress. For years, the Chinese leadership has urged us to focus on areas of cooperation while setting aside our differences, and for years, the United States had agreed to that approach in the expectation that, over time, we would address our concerns as well. But the Chinese leadership has exploited this approach. Often it has insisted we sweep differences under the table as a prerequisite for engagement. Sometimes it made promises to address our concerns yet failed to follow up. As a result, our relationship has delivered fewer and fewer of the results that matter to the American people.

At the same time, the relationship became increasingly imbalanced. An example is unequal access for U.S. companies, journalists, diplomats, and even civil society. As an open society, the United States has welcomed Chinese companies into our markets to sell products to American consumers, to invest and bid on projects, and to raise capital. We have welcomed Chinese students and researchers into our universities and laboratories, where they have acquired knowledge to modernize and develop China’s economy. While U.S. journalists face restrictions on reporting and even entering China, Chinese state media workers have long enjoyed open access in the United States. PRC diplomats have open access to American society, while our diplomats in China are required to navigate a state approval system for even the most basic engagements with the Chinese people.
The Chinese government, while benefiting from our openness, has exploited it – in a way that is increasingly inconsistent with international norms. Some Chinese entities have purchased American companies not to create jobs, but to acquire technology that is then taken back to China and developed to compete against us. Some Chinese companies have raised money on our stock exchanges yet refused to

subject themselves to the standard auditing rules required by all other listed companies, U.S. or foreign. A small number of Chinese students and researchers use access to our universities, research facilities and companies to steal American intellectual property. These actions have not only harmed our bilateral relations but also tarnished the remarkable legitimate economic progress that the Chinese people are rightfully proud of.

President Trump came to office vowing to make the overall relationship more balanced and reciprocal. The phase one trade deal and recent U.S. policy actions are an important step in our quest to create a genuine level playing field for American stakeholders. Many claim this is an effort to thwart China’s legitimate development aspirations, to “contain” China’s rise, or to “decouple” from China. This is categorically false. The root cause of the current tensions in the relationship is China’s longstanding strategy of only selectively “coupling” with the United States and systematically controlling the access of Americans to Chinese society. At our universities, we continue to welcome the vast majority of Chinese students, but we have taken action to deny visas to those who illegally acquire U.S. intellectual property and research results, or who gain knowledge in order to compete unfairly with us in the cutting edge technologies of the 21st century. We have also taken action against Chinese companies, including well known ones like Huawei, that have stolen U.S. intellectual property, circumvented U.S. export controls, or posed a threat to the security of our citizens’ private data and our communication networks.

We are two different nations with different pasts. The United States continues to learn from its mistakes and push forward to forge a better future. We hope that China can do the same. In this endeavor, we will need to build a foundation for understanding and true reciprocity. It must start with the Chinese government being willing to address our concerns about the imbalance in the relationship and allowing our two peoples to build relationships through unrestricted engagement and uncensored discussion. Only then will I enjoy the freedoms to engage the Chinese people that we guarantee Ambassador Cui in the United States, and only then will we have genuine reciprocity and a genuinely balanced relationship.

12 Responses to Terry Branstad Opinion: Resetting the Relationship Based on Reciprocity