This news story was published on July 31, 2020.
Advertise on NIT • Subscribe to NIT 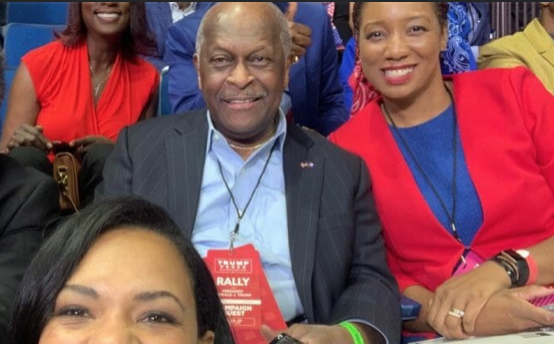 Herman Cain sought the 2012 Presidential nomination.  He was 74.

Cain was recently seen in public in Tulsa, Oklahoma, where his idol Donald Trump held a rally.  Few people wore masks nor respected social distancing at the event, and Cain was seen in the audience smiling, laughing and giving a thumbs-up. Cain was reportedly diagnosed with Covid-19 on June 29.  The Tulsa Trump rally was held June 20.

Some reports have dubbed the event a likely “super spreader” of the dreaded coronavirus, which causes Covid-19 illness and is sometimes fatal or leaves people with debilitating, lingering ailments.  Reportedly, Cain refused to wear a mask despite pleas from health officials to do so and that it saves lives. Trump demanded anyone who attended the event sign a waiver, freeing the President of liability.