Information disclosed during the case shows that Bounds is a three-time felon. He was previously convicted of burglary, kidnapping, and aggravated assault in Arizona in 1996. Between March 2018 and February 2019, Bounds possessed five different firearms on four separate occasions. Bounds repeatedly obtained firearms after officers had seized firearms from him. Testing showed his DNA was on all five firearms. Two of the firearms had altered or obliterated serial numbers.

Bounds was sentenced in Cedar Rapids by United States District Court Judge C.J. Williams. Bounds was sentenced to 80 months’ imprisonment. He must also serve a three-year term of supervised release after the prison term. There is no parole in the federal system.

Bounds is being held in the United States Marshal’s custody until he can be transported to a federal prison. 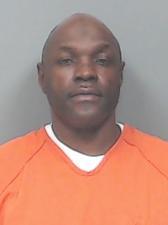