This news story was published on November 29, 2019.
Advertise on NIT • Subscribe to NIT

The Cyclones‘ shooting performance from their 100-point outburst against Alabama carried over into the first part of the contest against Seton Hall. Iowa State jumped out to a 21-12 lead and started the game shooting over 70% from the field.

The Seton Hall defense tightened up and held the Cyclones scoreless for nearly a four-minute stretch in the first half and eventually took a 32-29 lead. ISU recaptured the lead right before the break on a Tre Jackson three. At the break, Iowa State led Seton Hall, 33-32.

Seton Hall put some distance between Iowa State when they went on a 12-2 run approaching the under four-minute break in the second half.

The difference in the contest was Seton Hall’s 20-33 shooting in the second half, including 5-12 from deep, compared to Iowa State’s 16-35 and 4-14 second-half shooting.

Iowa State returns home to take on Kansas City on Wednesday, Dec. 4 at 7 p.m. That game between the Cyclones and the Roos will be available through Cyclones.TV. 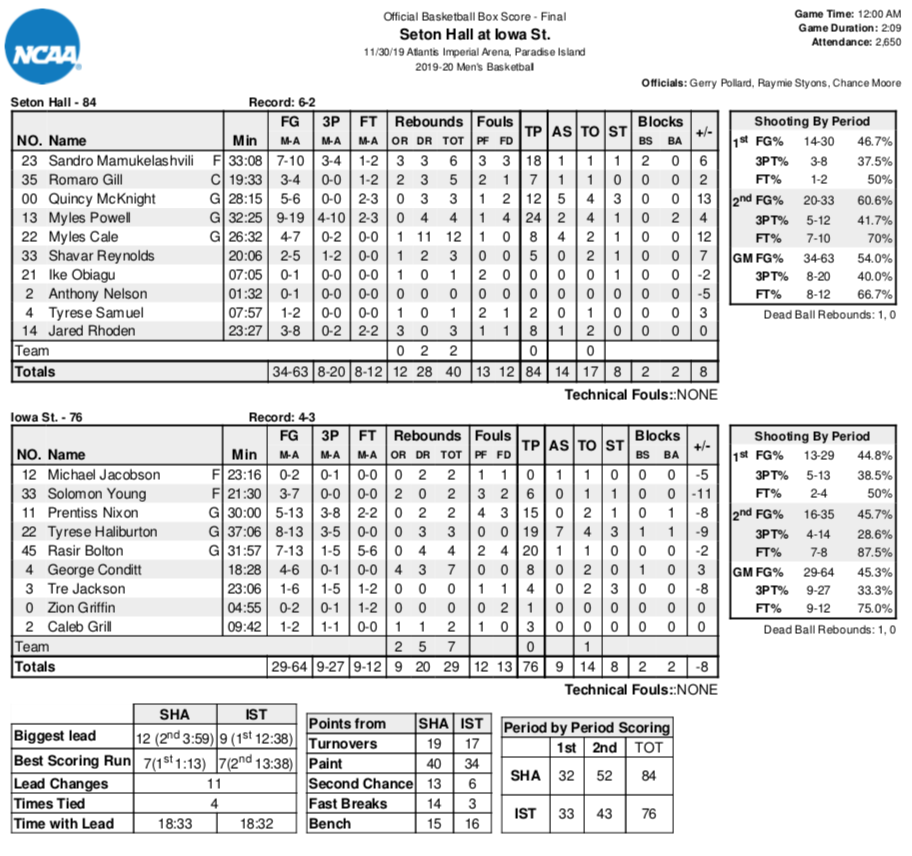