During the month of October, 2019 the Sac City Police Department investigated two separate burglaries at Sac County Cattle Company. Taken during both burglaries was a combined $1800.00 in cash.

After an investigation by the Sac City Police, Casey Herrig of Sac City was charged and arrested for both burglaries. Herrig was charged with two counts of Burglary 3rd Degree, both Class D Felony’s. Herrig was booked into the Sac County Jail on a $10,000 bond. 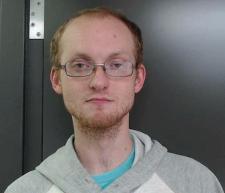