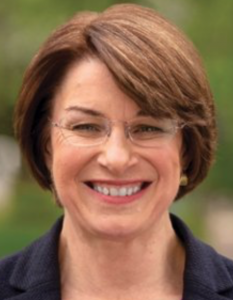 MINNEAPOLIS, MN — Today, the Amy For America campaign announced it raised $4.8 million from more than 105,000 donors in the third quarter. The campaign exceeded its second quarter fundraising numbers by $1 million and easily surpassed the DNC’s November debate donor threshold with the strongest online fundraising quarter since launching in February. The average contribution was $29.78 and 89.7% of donors gave less than $100.

“Our campaign used the third quarter to make aggressive investments in our early state campaign infrastructure. These investments, along with stand-out debate performances from Senator Klobuchar and effective organizing across the early states, enabled us to easily meet the debate thresholds for September and October and surpass the required unique donor number for the November debate,” said Amy For America campaign manager Justin Buoen. “None of that would have been possible without the outpouring of grassroots support we received from Americans who believe in Amy’s unifying, optimistic message. As we head into the final quarter of 2019, we continue to build momentum and a strong grassroots operation that can win in 2020.”

In the third quarter, Senator Klobuchar held more than 120 events across 14 states.