CEDAR RAPIDS – Police seized over $160,000 in cash and 5 kilograms of meth off a Charles City man, ultimately sending him to prison for a quarter-century.

Alonzo Henderson, age 45, from Charles City, Iowa, was sentenced to 25 years in federal prison on October 4, 2019, after an April 19, 2019, guilty plea to conspiracy to distribute a controlled substance.

In Henderson’s plea agreement, he admitted that on December 1, 2017, he was in possession of a total of $65,500 in cash proceeds recovered from his backpack and his residence and over 500 grams of methamphetamine. Henderson admitted that on May 17, 2018, officers searched his residence again and recovered $106,572 in drug proceeds and over 5.5 kilograms of (pure) methamphetamine. Henderson had previously been convicted in five felony drug trafficking cases in state court. Henderson also has multiple assault convictions.

Henderson was sentenced in Cedar Rapids by United States District Court Judge C.J. Williams. Henderson was sentenced to 300 months’ imprisonment. He must also serve a five-year term of supervised release after the prison term. There is no parole in the federal system. Henderson is being held in the United States Marshal’s custody until he can be transported to a federal prison.

The case was prosecuted by Assistant United States Attorneys Emily K. Nydle and Justin Lightfoot and was investigated by the Federal Bureau of Investigation, the Iowa Division of Narcotics Enforcement, the Tri-County Drug Enforcement Task Force, the Waterloo Police Department, and the Black Hawk County Sheriff’s Office. 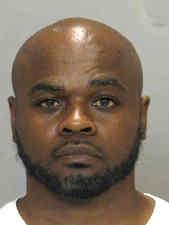