This news story was published on October 6, 2019.
Advertise on NIT • Subscribe to NIT

CEDAR RAPIDS – A man who illegally possessed three separate handguns during a one-year period was sentenced today to more than two years in federal prison.

Aquarias Tykee Madlock, age 19, from Waterloo, Iowa, received the prison term after a May 17, 2019, guilty plea to possession of a firearm by a drug user.

Evidence at sentencing showed Madlock possessed a Ruger SR9 9mm handgun in January 2018, a stolen .380 caliber Kel-Tec handgun in April 2018, and a Hi Point JCP .40 caliber semi-automatic handgun in November 2018.  At the time he possessed these firearms, Madlock was a regular user of marijuana and was also involved in distributing marijuana.

Madlock is being held in the United States Marshal’s custody until he can be transported to a federal prison.

The case is being prosecuted by Assistant United States Attorney Lisa C. Williams and was investigated by a Federal Task Force composed of the Waterloo Police Department, Federal Bureau of Investigation, and Bureau of Alcohol Tobacco and Firearms assisted by the Black Hawk County Sheriff’s Office and Cedar Falls Police Department. 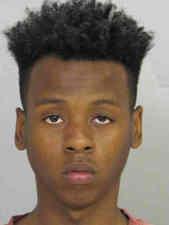