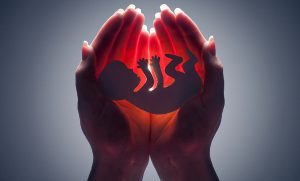 WASHINGTON, D.C. – The U.S. Supreme Court has added an abortion case to its docket and it could be a big ruling in the controversial matter.

A Louisiana law that put restrictions on abortion clinics is the center of the case. Reportedly, the Supreme Court struck down a similar Texas law years ago – but now, the court has two new Justices, appointed by President Trump, who are more conservative than they predecessors.

According to the ACLU, “the Supreme Court announced today it would hear arguments in challenges to Louisiana’s law requiring abortion providers to have admitting privileges at a local hospital. The law serves no medical purpose and would leave just one provider available for the whole state.”

Abortion advocates say the law in place in Louisiana is “radical” and is an attempt to cut off access to abortion and should be struck down again, as the similar law in Texas was struck down. The Center for Reproductive Rights said about the law, “if allowed to take effect, would leave just one doctor to provide abortion care to the whole state.”