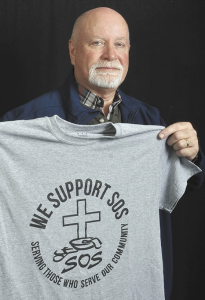 FORT DODGE – A pastor was murdered Wednesday in Fort Dodge in broad daylight, and the alleged assailant is behind bars at this time facing murder and robbery charges.

On Wednesday, October 2 at approximately 5:45 P.M., the Webster County Telecommunications Center received a call regarding an unresponsive male outside of the St. Paul Lutheran Church, located at 400 South 13th Street in Fort Dodge. Medics and officers responded to the scene and located an unresponsive 64-year-old male. Medics began life-saving medical treatment on the male and he was transported to Unity Point Trinity Regional Medical Center. The male was pronounced dead appearing to have suffered from bodily injuries consistent with an assault.

Due to the nature of the male’s injuries, Officers and Investigators on scene had reason to believe the circumstances surrounding the male’s death were suspicious. Information obtained from witnesses in the area, as well as other evidence, indicated a confrontation of some sort had occurred in or just outside the church. Shortly thereafter, the unresponsive male was located outside of the church.

Law enforcement continued to gather information and quickly identified a possible suspect. Officers were directed to the 1400 block of 4th Ave South where they believed the suspect may be. While in the area, the suspect was located and taken to the Webster County Law Enforcement Center for further questioning.

As a result of the information obtained to this point in the investigation, Joshua J. Pendleton, 36-years-old of Fort Dodge, was taken into custody at approximately 7:00 P.M. on the following charges:

Fort Dodge police described this tragic incident: “Word has spread quickly throughout the community as to the victim’s identity in this case as he was a special person to many in our area. The victim in this case has been identified as Allen W. Henderson, Senior Pastor of St. Paul Lutheran church, as well as long time Chaplain of all area public safety agencies and first responders. He was a beloved member of our family and we are working with heavy hearts this evening as we move forward from this tragic incident. He will forever be remembered for his dedication and service for all of those he touched within this community and beyond.”

The Fort Dodge Police Department is continuing to investigate this incident. They encourage those who may have information to contact the police department. 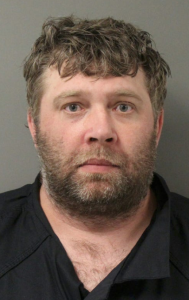