CLEAR LAKE – A Mason City woman is accused of snatching a purse at a popular local watering hole and now faces a felony after apparently using the credit cards inside it.

Shalonda Ackerman, 35 years old from Mason City, was arrested after an extensive investigation by the Clear Lake Police. Ackerman is alleged to have taken an unattended purse and its contents from Rookies, on Main Ave in Clear Lake, on August 17, 2019 at around 10:55 PM.

Inside the purse were credit cards and a diamond wedding ring valued at approximately $2,950.00. Several purchases were made in Mason City using some of the cards inside the purse.

Ackerman was charged with:

– Two Counts of Unauthorized Use of a Credit Card Under $1,500.00 – Aggravated Misdemeanor (each count)

The investigation is ongoing and the department will not release the names of victims.

The Clear Lake Police would like to remind everyone to secure personal items in your car and while out in public. 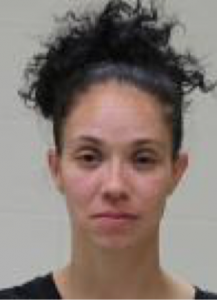