This news story was published on September 15, 2019.
Advertise on NIT • Subscribe to NIT

On September 9, 2019 at about 8:47 AM, officers with the Charles City police department encountered 60-year-old Bernard Lane in the 700 block of 11th Street.  Lane was wanted on an arrest warrant.  Lane was taken into custody.  Once at the Floyd county jail, illegal narcotics were allegedly found in Lane’s possession. 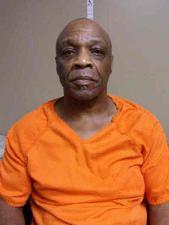