SIOUX CITY – A man who conspired to distribute methamphetamine and possessed firearms in furtherance of his drug trafficking pled guilty August 15, 2019, in federal court in Sioux City.

Matthew Guthrie, age 34, from Fort Dodge, Iowa, was convicted of one count of conspiracy to distribute methamphetamine and one count of possession of firearms in furtherance of a drug trafficking crime.

At the plea hearing, Guthrie admitted that from January 2019 through April 16, 2019 he and others distributed more than 500 grams of methamphetamine in the Fort Dodge area. On three separate occasions Guthrie distributed a total of more than 100 grams of pure methamphetamine to an individual cooperating with law enforcement. During a later search of Guthrie’s residence, law enforcement seized four firearms (two of which were loaded), methamphetamine, drug paraphernalia, scales, a drug ledger, and other items indicative of drug distribution. 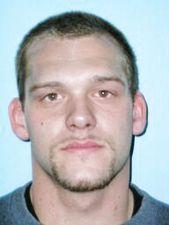