This news story was published on August 26, 2019.
Advertise on NIT • Subscribe to NIT

MASON CITY – A Mason City man with a history of property damage has been arrested and accused of vandalizing local businesses.

Any businesses or property owners who believe their property may have been damaged are encouraged to report it to the Mason City Police Department.

Back in April of 2017, Bill Grouette, Jr. was charged with felony second-degree criminal mischief in connection to a series of spray-paint graffiti allegedly committed between April 15 thru April 19, 2017. Police allege that Grouette spray painted locations along Hwy 122 East, the 400 block of South Federal, and the Meredith Wilson Footbridge over a few days. 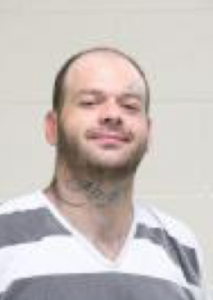