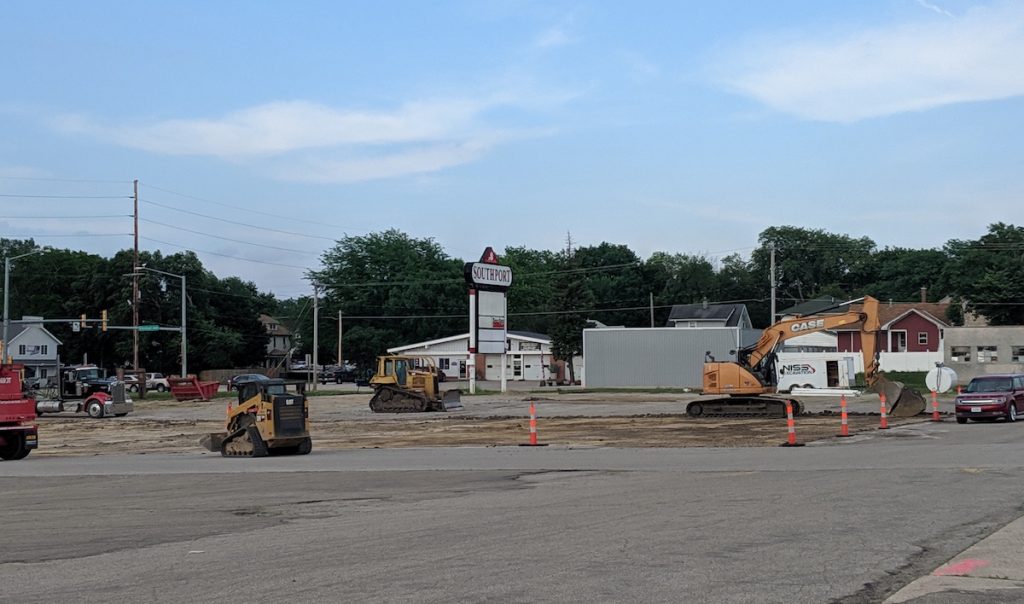 Construction began on the evening of July 8, 2019.

Demolition of the Wooze’s Car Wash, which operated for decades at 1502 South Federal Avenue in Mason City, was completed back in December of 2018.  Online records show Kwik Trip, Inc. bought the property owned by Specialty Car Wash (Wooze’s) on or around May 24, 2018 for $293,000.00. This paved the way for the eventual construction of a new gas station and convenience store at the location.

Kwik Star is building new stores or have already completed them all over the area, including Clear Lake (with a second one planned there), Spirit Lake, Estherville, Forest City and yet another one for Mason City near Walmart.

The store now under construction in Mason City will likely open in late October of this year and employ up to 30 people. A large square area in the former parking lot for the long-gone Target store in the Southport Shopping Center was cut out first by a construction crew. Earth-moving equipment showed up Monday evening to break up the hard surface and begin moving dirt.  The store will bring a much-needed small-scale grocery service to the south side of town, which has been long under-served.