This news story was published on April 21, 2019.
Advertise on NIT • Subscribe to NIT

Steckman: “Students from North Iowa Christian School in Mason City came to the Capitol on Wednesday, April 17th. I spoke with them about what it’s like to work at the Statehouse and answered their questions.”

We have debated quite a few bills this week, most of which were non-controversial. Some were budget bills – which fund various departments and always need more money than they get. As with our own personal budgets, it is a matter of setting priorities and there are always divergent views.

A bill was passed out of committee this week that threatens the future of IPERS and the retirement security of police officers, firefighters and other law enforcement officials. What the bill proposes is a change in the way local governments fund their retirement accounts. Instead of using a fund that is set up exclusively for retirement security, city and county governments would be forced to make retirement payments out of the fund that pays for the basic services like police and fire services, libraries, trails, etc.

So far there is enough opposition on this bill to keep it from reaching the floor for debate. That could change and I will be watching it closely.

This week we passed the Agriculture and Natural Resources budget bill. I offered an amendment to appropriate $25,000 for the purpose of directing the DNR to review the 16 year- old Master Matrix and report their review to the legislature. It was defeated on a bi-partisan vote.

With only two weeks to go before the end date of May 3rd, the Iowa Legislature needs to finish budget business; do whatever we can to help average Iowans and leave the bad ideas in the “dustbin of history”. 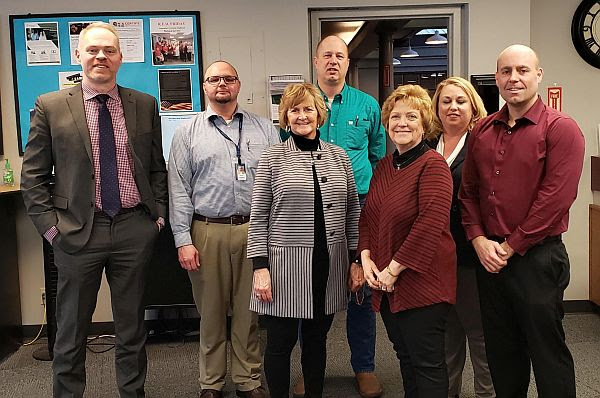 Steckman: “While we were home for the weekend, Senator Amanda Ragan and I visited the Mason City office of Iowa Works and chatted with Ryan West, Terry Schumaker, Corey Eberling, Patti Hanson and Nick Foley.” 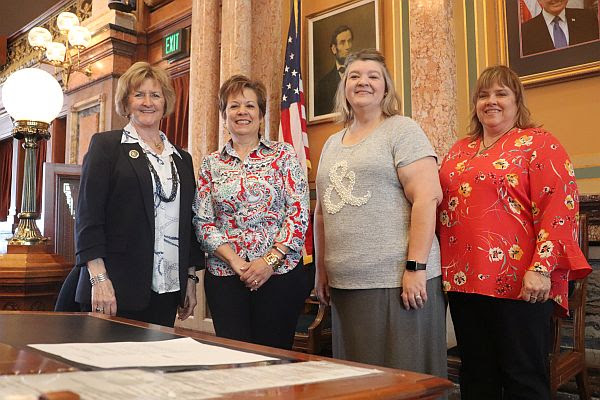 Steckman: “On Monday, I was pleased to visit with advocates from the Iowa Adoptee and Family Coalition including Nancy Lund of Nora Springs, Michelle Spear and Susie Gill.”