This news story was published on November 17, 2018.
Advertise on NIT • Subscribe to NIT

In remarks prepared in advance for next week’s city council meeting, to be held Tuesday night at the library, City Administrator Aaron Burnett takes an upbeat and optimistic tone in connection to the future of Mason City’s beleaguered downtown Renaissance project – a project that has been in the works for years as big bills have piled up. After alleged hotelier G8 Development was fired for a second time recently, the project has been in limbo as the city searches for an investor that can inject nearly $10 million of their own dollars into the project, most likely in the form of a hotel. This private investment into the Renaissance is required by the state’s economic development agency in order for the state to supposedly cash in on “millions” of dollars in state taxes collected in a very small area of the downtown over many years. Some say the City will never reap these millions; others – a handful of personalities who stand to benefit – have lied to taxpayers and voters and said a $10 million check from the state would be delivered.

The following are Mr. Burnett’s remarks, as released in city documents Friday: 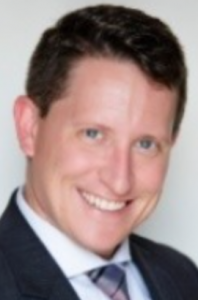 The River City Renaissance has continued to progress with meetings with various partner organizations in the project, architect firms, developers, and the Iowa Economic Development Authority. The culmination of this work will be a special City Council meeting the Tuesday after Thanksgiving week where the council will be able to take action on selecting a developer for the Hotel and Conference Center. This meeting is needed to keep the process moving forward. Unfortunately, the item was not ready for consideration on this meeting. The path forward for the project is becoming clear and I look forward to the discussion at the upcoming meeting.

Sump pumps have been a topic of discussion with several citizens with the temperatures dropping below freezing. The combination of high groundwater levels and cold weather has produced large ice masses in several streets near sump pump discharge pipes. The City has implemented a program where it removes this flow from the street in chronic areas by installing a valve to divert the water to sanitary sewers instead of the street during the winter months when the system can easily take the increased flow. This program is expanding out with the increased issues this year and, while it doesn’t solve the issue of flow during the warm months, it will keep ice from accumulating in multiple locations.

On the cultural front, the Library recently started offering a new feature with the CreativeBug website on its web page which provides access to thousands of videos covering a multitude of arts and crafts. Additionally, the MacNider Art Museum completed its Artober event that is a great fundraiser and fun event for the community. The cemetery also completed its History Walk that provided great information on the history of the individuals that built the city.

Planning and Zoning held a meeting to discuss the North End Neighborhood Plan that was well attended and this document will help provide a roadmap to success in the area. Input was received from residents and the conversation produced several takeaways that will help guide city action with respect to the plan and area. It is the hope that champions can be identified in the area to provide grassroots support to the efforts and give the effort a face in the community.

Lastly, I would like to acknowledge the dedicated efforts of numerous city employees. Several departments have been short-handed through transitions and the staff has stepped up to cover these demands. The majority of our departments run very lean with staff and any empty positions create problems. Without the dedicated efforts of these employees, the departments’ services would suffer. This statement could reference numerous employees, but two that I have personally been able to watch are Brian Pauly and Chief Brinkley. Thanks for your dedication!