This news story was published on October 9, 2018.
Advertise on NIT • Subscribe to NIT

CEDAR RAPIDS – A North Iowa former investment adviser who stole over $2.4 million from his clients was sentenced on October 5, 2018, to 175 months in federal prison.

Darrell Smith, age 62, from Forest City, Iowa, received the prison term after a July 2017 guilty plea to one count of wire fraud and one count of aggravated identity theft. Smith’s nearly fifteen-year prison term follows a thirteen-month prison sentence that he received in 2016 for payroll tax fraud.

Smith’s admissions at the plea hearing, as well as evidence presented in other court proceedings, established that Smith was a broker and adviser for several investment firms. From 2010 to 2013, Smith caused withdrawals of over $2.4 million in funds from ten of his investment clients’ accounts without those clients’ knowledge or authorization. The funds were transferred to Energae, LP, a partnership Smith previously had formed with another individual to invest in different bio-energy companies. Smith then used those stolen funds to pay expenses related to the operation of Permeate Refining, LLC, which operated a now-defunct ethanol plant in Hopkinton, Iowa. In order to transfer funds from client accounts, Smith used authorizations purportedly signed by the client authorizing the withdrawal of funds from the investment account. He either forged his clients’ signatures on the authorizations or used pre-signed, blank authorization forms without the clients’ approval.

Smith was sentenced in Cedar Rapids by United States District Court Judge Linda R. Reade. Smith was sentenced to 175 months’ imprisonment. He was ordered to make $1,056,909.68 in restitution to ten victims and ordered to pay costs of prosecution in the amount of $2,947.35. He must also serve a three-year term of supervised release after the prison term. There is no parole in the federal system. Smith is being held in the United States Marshal’s custody until he can be transported to a federal prison.

“This sentence brought to justice a shameless con artist who preyed on the elderly and others,” said U.S. Attorney Deegan. “Our office commends and thanks all of the outstanding investigators who worked on this very important case.”

“Postal Inspectors are committed to protecting the U.S. Mail and postal customers from these types of fraudulent schemes,” said Kevin Rho, Inspector in Charge of the Denver Division of the U.S. Postal Inspection Service, which includes Iowa. “The recent sentencing demonstrates the potential penalties for using the mail to further criminal activity, and it reflects the successful teamwork between the Postal Inspection Service and its federal law enforcement partners who worked together to bring justice to the victims in this case,” said Rho.

In sentencing Smith, Judge Reade noted that Smith was a skilled “con man” who used diversionary techniques, appeared to have an answer for everything, and “picked on” vulnerable investors, including the elderly. Judge Reade stressed that Smith’s sentence “brought on himself” Judge Reade increased Smith’s sentence on account of the fact that he obstructed justice while the case was pending. For example, Smith obstructed justice by enlisting the help of a relative in an attempt to dissuade one of his victims from seeking restitution and cooperating with the government in the case. While in jail awaiting sentencing, Smith also convinced a Dubuque man to loan him $25,000. 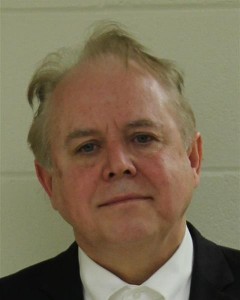