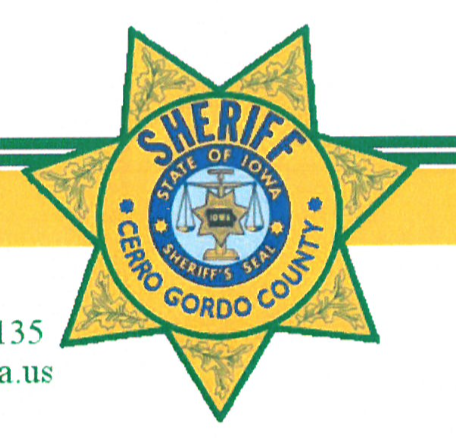 CLEAR LAKE – A Mason City woman fled a drunk driving stop in Clear Lake with three kids in her car before she was finally stopped and forced out of the vehicle.

On May 9, 2018 at about 6:55 PM, Cerro Gordo County dispatch received a report of a reckless and possibly intoxicated driver traveling westbound on Highway 122 from Mason City in a tan 2007 Buick Renezvous. At about 7:00 PM, a Cerro Gordo County Deputy located this vehicle near the intersection of Highway 18 and North 8th Street in Clear Lake and initated a traffic stop on this vehicle.

During the traffic stop, 26-year-old Natalie Green from Mason City was found to be the driver. During the stop, the Deputy suspected she was intoxicated and found she did not have a valid driver’s license and began making arrangements to have the three juveniles in the vehicle picked up by family.

During this, Green then fled the scene of the traffic stop in her vehicle with the three juveniles still in the vehicle. The deputy then began to pursue the fleeing vehicle as the speeds were no more than the speed limit. The pursuit continued west to Buddy Holly Place, then north on Buddy Holly Place where she turned into the Meadow Lake Apartments parking lot.
Green stopped the vehicle in the parking lot and then refused to exit the vehicle and was forced out of the vehicle by law enforcement. Green was then taken into custody without further incident. Nobody, including the juveniles, were hurt during this incident and no property was damaged.