U.S. official meets with President of Mexico to discuss security and trade

This news story was published on March 27, 2018.
Advertise on NIT • Subscribe to NIT 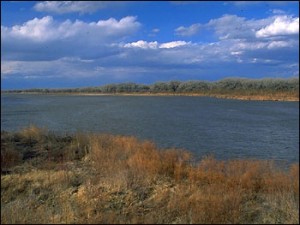 During their meeting, Secretary Nielsen and President Peña Nieto discussed their efforts to improve border security through close collaboration. They focused on ways to facilitate more secure trade and travel between the two countries. Secretary Nielsen emphasized the Department of Homeland Security’s (DHS) commitment to working with Mexican counterparts to combat transnational crime affecting both the United States and Mexico. She also stressed the importance of the partnership between the United States and Mexico – particularly via intelligence sharing – and thanked the Mexican President for helping to foster a close partnership with the Department during his administration.

Additionally, Secretary Nielsen expressed her commitment to working with President Peña Nieto to ensure the rapid, secure flow of goods between countries and expressed her gratitude for the past five years of strong collaboration between DHS and the Peña Nieto Administration.

The strong relationship between the U.S. and Mexico, and the safe and efficient crossing of goods, is critical to the economic success of both countries. To enhance these, yesterday the U.S. and Mexico entered three agreements to strengthen our operations.

Yesterday, Customs and Border Protection (CBP) and the Tax Administration Service (SAT) signed a Memorandum of Cooperation (MOC) on Customs and Trade Enforcement, which will facilitate the development and implementation of joint and coordinated programs aimed at increasing trade and customs compliance, as well as combatting illicit activities. CBP and SAT also signed a Memorandum of Understanding (MOU) on Cargo Pre-Inspection Program and Unified Cargo Processing (UCP). This MOU states the bilateral commitment for the further implementation of cargo-pre inspection and UCP programs, through which Mexican customs officers and CBP officers will work together to inspect and process cargo shipments. Lastly, CBP and SENASICA signed an MOU to enable collaboration between the two agencies on agriculture safeguarding, agriculture quarantine inspections at ports of entry, and information sharing. The MOU promotes cooperation and information sharing to enabling the U.S. to handle legitimate and safe shipments while addressing those that pose a risk.