On July 14, 2017 at about 5:19 AM, the Charles City police department conducted a traffic stop in the 2100 block of Clark Street. As a result of the stop, 26-year-old Antoine Cooks of Chicago, Illinois was arrested for driving without a valid drivers license and no insurance. He later pled guilty and was ordered to pay $330.00 and $397.50, respectively, for those offenses. He was put on a payment plan by the court.

Earlier this year in Bremer county, Cooks was cited for no valid driver’s license and speeding at least 21 miles per hour over the posted limit. He was ordered to pay $365.00 and $252.50, respectively, for those offenses. The balance due is in collections and no payments have been made, records show. 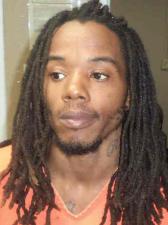