MASON CITY – A Mason City man with a history of bad decisions behind the wheel got himself in deeper after police were called to a local watering hole.

Mason City police were called to Homers Bar, 1911 South Federal Avenue at 12:34 AM Sunday morning, July 16 to respond to a dispute. Officers arrived and after an investigation, arrested 26-year-old Ric Joseph Troge of Mason City on charges of interference with official acts, driving while barred and operating while under the influence. Troge was taken to the county jail and remains held there at this time on $4,000 bond. He will face a hearing on July 21.

Troge was arrested twice in 2016 for driving while barred and served a number of days behind bars and payed fines for those crimes.

Troge first encountered police on Saturday, October 18, 2014 at about 3:37 PM Mason City officers responded to East Park, where he was driving drunk and doing burnouts in the park. 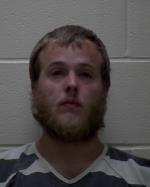