MASON CITY – A Mason City man who committed a domestic assault last year has been arrested for another assault, and is accused of violating a no-contact order in the case for a third time.

Lofton was taken to the county jail, where he remains held on bond until he sees a judge. 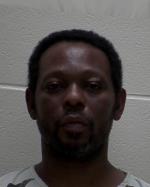