MASON CITY – Police conducted a traffic stop and discovered a meth lab in the vehicle, leading to the arrest of three persons.

A Cerro Gordo deputy conducted a traffic stop on Wednesday, July 12, 2017 at about 1:03 AM near the intersection of Pierce Avenue and 12th Street NW. A meth lab was found inside the vehicle. As a result, three persons were placed under arrest: 27-year-old Stephanie Michelle Stroud; 49-year-old James Jassie Mejia; and 22-year-old Levi Jacob Mahaney.

The driver, Mejia – who has a long criminal record – was charged with driving with a suspended license, providing false ID, possession of illegal substance with intent to deliver, and possession of drug paraphernalia.

A passenger, Stroud, was charged with interference with official acts, possession of illegal substance with intent to deliver, and possession of drug paraphernalia, and illegal possession of prescription drugs. Currently, Stroud, a convicted felon, is facing more felonies in Floyd county, brought by the Nora Springs police department. Those charges were brought in June and include possession of a firearm by a felon; and two counts of possession of a controlled substance.

Another passenger, Mahaney – a convicted domestic abuser – was charged with possession of drug paraphernalia. 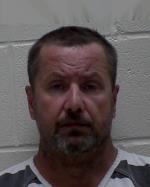 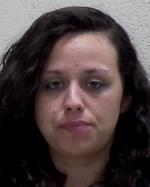 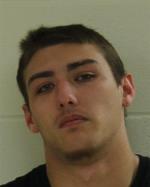