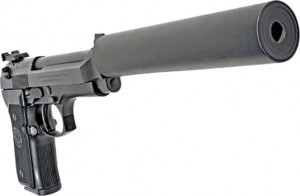 WASHINGTON, D.C. – Congressman Steve King and Senator Mike Lee (R-UT) have jointly introduced important gun rights legislation that removes silencers and mufflers from federal regulation. The legislation is known as the “Silencers Help Us Save Hearing” Act of 2017 (SHUSH Act). If enacted, the SHUSH Act would remove suppressors from federal regulation, ensuring that they are treated the same as other gun accessories. As a result, the purchase of a suppressor would no longer be subjected to the costly and burdensome process required under current law. 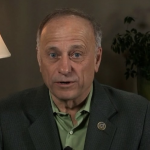 “Allowing gun owners to purchase suppressors absent federal regulation is important not just because they have a Constitutional right to do so, but because there is no rationale behind treating suppressors differently than other firearm accessories,” said King. “While liberal elites and Hollywood have demonized suppressors as something that criminals use, in truth suppressors serve a safe and rational purpose for law abiding gun owners like any other accessory. Suppressors reduce muzzle blast and recoil, improving accuracy and allowing for more effective communication on shooting ranges, or on a hunt, ensuring better safety. They should be treated like other gun accessories.”

Senator Mike Lee offered the following comments upon the introduction of his Senate companion legislation: “Suppressors can make shooting safer for the millions of hunters and sportsmen that exercise their Constitutional right to use firearms every year. The current process for obtaining a suppressor is far too expensive and burdensome. Our bill would remove these unnecessary federal regulations and make it easier for firearms users to protect themselves.”

The King-Lee legislation has the strong support of the National Association for Gun Rights (NAGR), a Second Amendment advocacy group composed of over 4.5 million members. NAGR President Dudley Brown has indicated that this bill will be a priority item for his organization. “Rep. King and Sen. Lee are champions for gun rights, and their joint legislation displays their dedication to restoring the Second Amendment rights of all law-abiding Americans,” said Brown. “Most in Congress who support silencer freedom want full deregulation, and that’s exactly what King and Lee are doing with H.R. 3139 and S. 1505.”