CEDAR RAPIDS – An Iowa man who injured a police officer as that officer was arresting him for heroin possession was sentenced on July 7, 2017, to 20 months in federal prison.

Albert McReynolds, age 28, from Cedar Rapids, Iowa, received the prison term after an April 12, 2017, guilty plea to possession of heroin with intent to distribute.

At the guilty plea, McReynolds admitted he intended to sell the heroin that was in his possession. Information presented at the sentencing indicated that McReynolds also told officers that he would trade some of the heroin to women for sex. When police found McReynolds in possession of a large quantity of heroin, McReynolds resisted arrest and fought with officers. One police officer received a concussion during the attempt to arrest McReynolds.

McReynolds is being held in the United States Marshal’s custody until he can be transported to a federal prison. 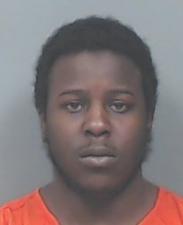