The Charles City police department executed a search warrant on May 27, 2016 at a residence in the 300 block of 10th Avenue. The officers were there for hours conducting the search and seized multiple items from both the house and garage. Through the investigation, Jeffrey Kirk, age 53 of Charles City, was arrested at the scene. He was charged with 7 counts of aggravated misdemeanor possessing a depiction or photo of a minor in a sex act, otherwise known as child pornography.

Jeffery Kirk ended up pleading guilty to sexual exploitation of a minor. He was sentenced to 2 years in prison with credit for time served.

THE COURT: “Mr. Kirk, I’ve had a chance to review the Presentence Investigation; again, that’s a very exclusive review of your life. I have had a chance to review the Psychosexual Evaluation. I have had a chance to consider the recommendations of the Department of Correctional Services. Mr. Kirk, I think that there are some crimes that are so serious that it’s not appropriate even for someone that doesn’t have a prior criminal history to receive a Deferred Judgment. I think that this is one of those crimes. The crime is the exploitation—sexual exploitation of a minor. I think that in the Presentence Investigation they make their recommendation to insure community safety and, again, I think it is important sometimes that we as a community express how serious an offense is by the imposition of a prison sentence. I think that this is an appropriate case for that sanction. I am going to follow the recommendations of the State and the Department of Correctional Services. I think those are appropriate, well-thought-out sanctions.”

The Iowa Court of Appeals ruled that “In imposing a sentence, the district court must actually exercise discretion. The application of a fixed sentencing policy constitutes the failure to exercise discretion, which we treat as an abuse of discretion for the purposes of appellate review.”

The court also ruled that he was wrongly assessed court costs on dismissed charges.

For the above-stated reasons, the appeals court vacated Kirk’s sentence and remanded this matter for resentencing. 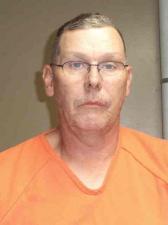