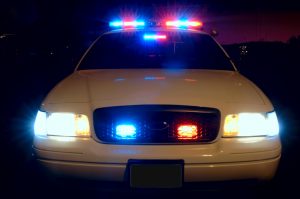 BUFFALO CENTER – On November 23, 2016 around 4:25pm the Buffalo Center Chief of Police Matt Holmquist was flagged down by a motorist and alerted to suspicious activity near the 400 block of Second Street northwest.

A man and woman were seen walking up to a house and acting suspicious. Several minutes later the same couple were seen leaving with two small children. They walked to a silver SUV that had been parked a distance away from the house.

The Buffalo Center Police Department and the Winnebago County Sheriff’s Office began investigating the incident. A babysitter at the house told law enforcement that the two kids ages 3 and 1 were taken by an unknown male and the children’s biological mother, Ashley Machain, who had brandished a knife.