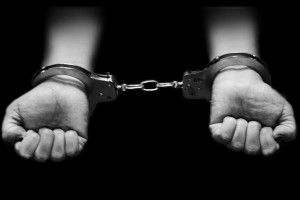 William Whitely, who reportedly worked as a Chicago police officer for 26 years, paid the minor to engage in sex acts with him on multiple occasions last year, according to the complaint. Whitley paid the girl between $60 and $150 for each of the sexual encounters, the complaint states. Whitley also took nude photographs of the girl and sent the pictures to her via text message, the complaint states.

Whitley, 60, was arrested Tuesday afternoon. He made an initial appearance before U.S. Magistrate Judge Maria Valdez, who ordered him to remain in federal custody. Judge Valdez scheduled a detention hearing for Nov. 7, 2016, at 11:00 a.m.

The two-count complaint charges Whitley with sex trafficking and production of child pornography.

According to the Chicago Tribune:

Officer William Whitley took graphic photos of many of the girls on top of his leopard-print bedspread and had their numbers stored in his phone under names such as “Bunny” and “Mocha” and “Jasmine.”

One girl, who was just 14 and wore braces, told authorities Whitley had sex with her while his Chicago police uniform hung on his bedroom door and his handgun was under the pillow, according to prosecutors.

A 21-page criminal complaint unsealed Wednesday alleged Whitley had attended parties as part of a sex ring arranged by an acquaintance where numerous older men would pay teen runaways for sex.

The complaint was announced by Zachary T. Fardon, United States Attorney for the Northern District of Illinois; and Michael J. Anderson, Special Agent in Charge of the Chicago office of the Federal Bureau of Investigation. The Carol Stream Police Department assisted in the investigation.