DAVENPORT, IOWA – An Iowa man was arrested by police today after he used a shotgun to blast another man who was trying to break into his pickup.

On Tuesday, November 01, 2016 at approximately 3:32 AM, Davenport Police and Emergency responders were called to 1300 Division Street in reference to a shooting. An adult male was transported to Genesis Medical Center with life threatening injuries.

Preliminary investigation indicates that Byron Blackwell, age 26, was armed with a shotgun when he confronted this now-injured subject who was breaking into Blackwell’s truck. Blackwell shot him during this confrontation.

Blackwell has been charged with Willful Injury- Causing Serious Injury and Going Armed with Intent. He was taken to the Scott county jail, booked and later released, pending a court date.

Police are still investigating this incident. 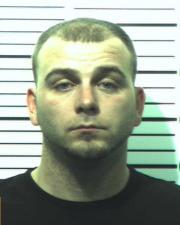 Leave a Reply to Run while you can Cancel reply

5 Responses to Iowa man arrested after blasting intruder with shotgun