MASON CITY – A convicted domestic abuser struck again this weekend, and this time he faces a felony and potential prison time.

Mason City police responded to a domestic incident Sunday evening at 5:43 PM at 917 North Washington Avenue. At the scene, they located 29-year-old Andrew Joseph Beland. As a result of the incident and investigation by police, Beland was arrested on charges of felony first-degree burglary, felony domestic abuse assault involving strangulation, possession of drug paraphernalia and criminal violation of a court-imposed no contact order.

Beland was taken to the county jail and held there on $30,000 bond as he awaits court hearings.

A judge will again decide his fate. 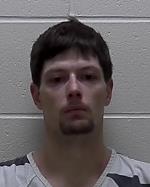