An inmate at the Fayette County Jail died Monday October 31, 2016, that sheriff’s office says. Mathew Thomas Braun, age 39 of rural Fayette, was found unconscious by correctional staff in the inmate shower and changing room area of the jail at approximately 9:46 PM that night. Correctional Staff and Medical services employed emergency medical protocols but were unable to revive him.

Inmate Braun was pronounced dead by the Fayette County medical examiner. Fayette County Sheriff Marty Fisher says “the death does not appear to be suspicious in nature and there is no indication of foul play; however, a determination into the cause of his death is still under investigation.”

An autopsy has been scheduled.

Braun was being held in the Fayette County Jail awaiting trial on 1st degree murder charge stemming from his arrest on September 17, 2012 after it was alleged that he had beat a fellow resident at Prairie View Residential Care Facility and the resident died from his injuries sustained in said beating. 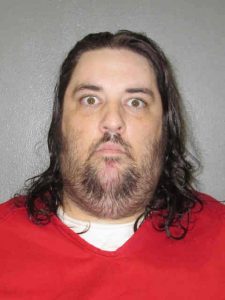