This news story was published on October 31, 2016.
Advertise on NIT • Subscribe to NIT

MASON CITY – A North End couple smashed their cars into each other’s in an alleged drunken state this weekend then fled the scene of the accident, but couldn’t evade police.

The accident took place Saturday night, October 29, around 10:28 PM at Killdeer Avenue and 300th Street in rural Cerro Gordo county. Law enforcement received a report of a collision at this time and location and responded, but Cerro Gordo deputies found only one vehicle at the scene.

Mason City police were apparently notified of the accident and were on the lookout. Officers located a vehicle driven by 31-year-old Lindsey Kay Linderman at the 1400 block of North Federal. Inside the vehicle was her husband, 26-year-old Nicholas Jay Linderman, and at least one open container of alcohol.

After an initial investigation, NIT is told by the Cerro Gordo county sheriff’s office that “Nicholas Linderman rear-ended the vehicle driven by Lindsey Linderman. Both left the scene in Lindsay’s vehicle.” Allegedly, Nicholas Linderman had been traveling at a high rate of speed, and both were intoxicated.

Nicholas Linderman was charged with operating while under the influence, no valid driver’s license, leaving the scene of an accident, no insurance and speeding.

Lindsey Linderman was charged with operating while under the influence, leaving the scene of an accident, no insurance and open container of alcohol.

Both were jailed and quickly released, pending court dates. They purchased a marriage license back in 2013. 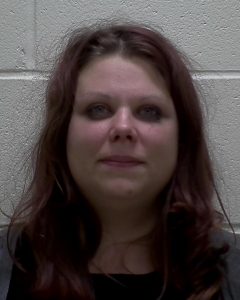 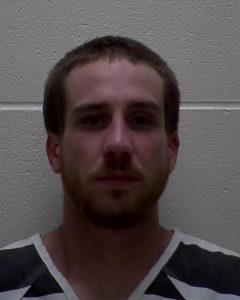