FAYETTE COUNTY, IOWA – Law enforcement sought and caught an Iowa man they say had sexual relations with a young girl, placing him behind bars.

After a long investigation, the Fayette County Sheriff’s office arrested and charged 25-year-Old Niall S. Lewis of Cedar Rapids with sex abuse in the third degree, a class D Felony. Over the summer, Lewis allegedly lured a 14-year-old female he had met on the internet to various locations and performed a sex act upon her. The investigation lead investigators as far as Cedar Rapids, where evidence was collected and was turned over to the Cedar Rapids Police for further investigation.

Lewis used social media to find underage victims and arranged meetings with them. This case remains open and more victims and charges could be filed at a later date.

Niall S. Lewis was arrested and taken to the Fayette County Jail where he has a $15,000.00 cash bond. 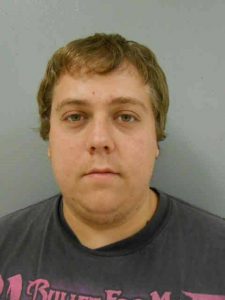