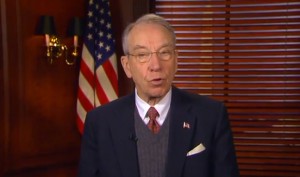 Sen. Chuck Grassley boasts that he continues to work to reverse the “negative effects of Obamacare” with the goal of replacing the entire “flawed” law. He is working toward passage of his bipartisan legislation, the Small Business Health Care Relief Act, that would allow small businesses to resume helping their employees buy individual health insurance, something disrupted by Obamacare. 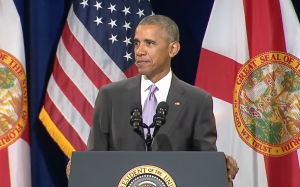 President Barack Obama made a speech on the Affordable Care Act (sometimes called Obamacare) on October 20, 2016. Leading up to the speech he said “brothers and sisters, moms and dads, and sons and daughters across America whose lives have been improved, and even saved, because we worked together to pass and implement the Affordable Care Act.”

Grassley made the following comment in response to the President speech on the health care law:

“President Obama cited ‘growing pains’ with Obamacare but I hear about pain, period, from Iowans about this law. Obamacare disrupted a lot of what was working in our health care system and didn’t fix many of the problems it was supposed to fix, most notably, health care costs. Iowans who might want to join the health care law’s exchanges have had fewer options every year. For 2017, Iowans in 13 rural counties who want to take part will have just one health insurance plan participating in their area. Statewide, premium increases for participants will be 19 percent to 43 percent. Many individuals could be priced out of the market.

“None of this is what people were promised when Obamacare was rushed through on a partisan basis. People deserve better results. Good places to start would be cracking down on frivolous lawsuits, letting people purchase insurance across state lines, improving transparency in health care prices, giving states more freedom to improve Medicaid and using consumer choice to drive competition, which drives down costs. Congress and the next president should work on these priorities.”