This news story was published on October 3, 2016.
Advertise on NIT • Subscribe to NIT

MASON CITY – A Mason City woman accused of drunk driving while carrying an armed passenger with illegal drugs is guilty and behind bars.

A Cerro Gordo deputy stopped what was described as a suspicious vehicle after 2 AM on February 21, 2016, near Lark Avenue and Highway 122. An investigation there led to the driver, 26-year-old Victoria Ann Lofing of Mason City, being charged with operating while intoxicated and open container of alcohol. She pled not guilty on March 9 and awaits a jury trial on June 21.

Also arrested at that time was Michael Aaron Cordell Canady, age 25 also of Mason City, who has been known to carry a knife over 8 inches long. He was charged with carrying a dangerous weapon, possession of a controlled substance (marijuana) and possession of contraband in a correctional facility – a felony. Stacie Louise Kreitlow posted $500.00 bond two days later for Canady and he was released from jail.

Lofing was arrested by the Iowa State Patrol on April 9 in Cerro Gordo county, again for drunk driving and an open container of booze, driving with a suspended license, no insurance, no seat belt, failure to respond to steady red light and illegal use of a license. She pled guilty on September 13 to first-offense operating while intoxicated and the other charges were dismissed. She was given a 7 day jail sentence, had her license revoked, and ordered to pay $1,899.00 in fines and court fees.

On September 9, Lofing was given a deferred judgement for her drunk driving arrest on February 21. She was put on probation for a year and ordered to pay $1,350.00 in fines and court fees. She’s still facing court for the open container charge.

In July, Canady pled guilty to the felony charge of possession of contraband in a correctional institution. He was given a 5 year suspended prison sentence, 4 years of probation, and ordered to submit a DNA sample. He must also pay $593.00 in court costs and charges. 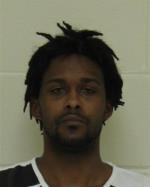 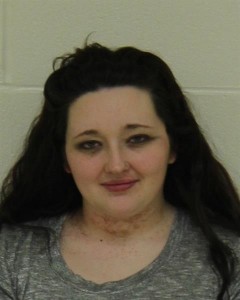