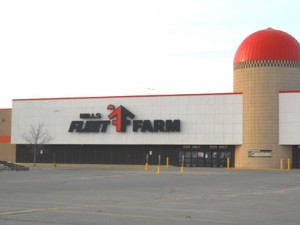 MASON CITY – A man acting strange turned out to be allegedly inhaling noxious vapors from a can of air, leading to three trips to the county jail.

Police tell NIT that James Garvin Mitchell, age 30 of Mason City, was arrested in the 000 block of North Monroe Thursday around 11:01 AM.

“Mitchell was allegedly acting strange, yelling at the air, and the caller(s) thought he should be checked on,” a police spokesman detailed.

Officers found Mitchell “in some trees nearby” with a canister of compressed air that appeared to have recently been used. Mitchell was arrested for Inhalation of Toxic Vapors. 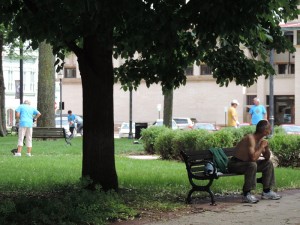 Central Park, where anything could happen

Just a few days prior, Mitchell was arrested on September 20 after being reported lying on ground, allegedly disoriented, in the Fleet Farm parking lot with can of compressed air. The trouble for him actually began back on September 14, in Central Park. Police allege he had been “witnessed huffing in the park.”

Mitchell was charged both times with Inhalation of Toxic Vapors also.

According to Mason City code:

No person shall knowingly smell or inhale the fumes of toxic vapors for the purpose of causing a condition of euphoria, excitement, exhilaration, stupefaction, or dulled senses of the nervous system, or possess, buy, or use any such substance for the purpose of violating or aiding another to violate this section. But this section does not apply to the inhalation of anesthesia for medical or dental purposes. 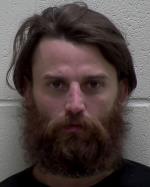