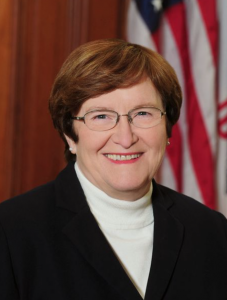 “Chuck Grassley has been ducking debates and debate negotiations for months, so we decided to sweeten the deal and offer debates on his home turf at Dairy Queen,” said campaign spokesperson Sam Roecker. “He’s at DQ all the time anyway, so he might as well use the opportunity to talk to Iowans while doing you know what. We’ll provide the Blizzards and sundaes if he shows up to explain to Iowans why his commitment to representing Iowa has melted in recent years.”

In a video released this week, creator and former host of A Prairie Home Companion, Garrison Keillor offers to moderate a Dairy Queen debate between Judge and Grassley.

So far, Chuck Grassley has refused to negotiate a series of statewide debates with the Judge campaign. Grassley’s staff recently indicated they would not consider adding debates that give all Iowans an opportunity to see both candidates on the debate stage. Judge has accepted debate invitations from outlets across Iowa and will continue to call for live, televised debates – which she’s willing to participate in at Dairy Queens or any other location Chuck Grassley finds acceptable.