MASON CITY – A Mason City man already acquainted with jail will be going back for 90 days after yet another traffic stop that resulted in an altercation with police.

Brandon Ben Ward, age 32, was investigated by police back on May 26 at a North End residence. He allegedly exited a vehicle and struck a Mason City police officer. As a result, Ward was charged with felony third-offense operating while intoxicated, interference with official acts, assault on police, and driving with a revoked license.

On September 20, Ward and his public defender entered guilty pleas to driving with a revoked license and interference with official acts. The other charges were dropped. Ward was sentenced to a total of 90 days in jail. He must also pay $1,652.00 in fines and court fees.

Back in 2012, Ward refused orders from Clear Lake police. Officers tried to physically pull him from a car outside the Best Western hotel and he resisted their efforts. Clear Lake police said “he was then told to exit the vehicle or he would be tasered. He refused again and was tasered and removed from the vehicle.” 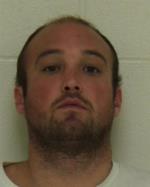