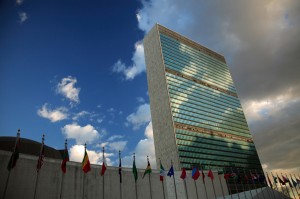 GENEVA – A United Nations human rights panel says the United States continues to treat African Americans poorly, as it allegedly has for centuries through slavery and mass incarceration, and recommends immediate action to correct the problem, including possible reparations.

Despite some positive measures here in America over the years (Civil Rights Act among them), a U.N. Human Rights Council said in a report that it remains extremely concerned about the human rights situation of African Americans:

A legacy of colonial history, enslavement, racial subordination and segregation, racial terrorism and racial inequality in the United States remains a serious challenge, as there has been no real commitment to reparations and to truth and reconciliation for people of African descent. Contemporary police killings and the trauma that they create are reminiscent of the past racial terror of lynching. Impunity for State violence has resulted in the current human rights crisis and must be addressed as a matter of urgency.

The history of people of African descent in the United States is well documented. The first enslaved Africans were brought to the American colonies in the early part of the seventeenth century. Slavery became an entrenched institution, with Africans making up one fifth of the population of the American colonies by 1775. The issuance in 1863 of the Emancipation Proclamation, which declared that all enslaved persons within the rebellious states were free, was followed by the Thirteenth Amendment to the Constitution of the United States of America, which outlawed the practice of enslavement, the Fourteenth Amendment to the Constitution, in 1868, granting full United States citizenship to all persons born or naturalized in the United States, including African Americans, and the Fifteenth Amendment to the Constitution, in 1870, prohibiting denial of the right to vote on the basis of race.

Despite these legal and constitutional developments, the prevalence of “Jim Crow” laws — laws at the state and local levels that enforced racial segregation and persecution, primarily in the southern states — perpetuated political disenfranchisement, social and economic exploitation, violence and the overall subjugation of people of African descent until the 1960s. Lynching was a form of racial terrorism that has contributed to a legacy of racial inequality that the United States must address. Thousands of people of African descent were killed in violent public acts of racial control and domination and the perpetrators were never held accountable.

The civil rights movement from 1954 to 1968 was another important era in the struggle for rights by people of African descent in the country. The Montgomery bus boycott, the Selma to Montgomery marches, and many non-violent protests and acts of civil disobedience throughout the country led to further legislative developments, including but not limited to the Civil Rights Act of 1964, which prohibited, among other things, discrimination based on race or colour; the Voting Rights Act of 1965, which sought to overcome the legal barriers to the exercise of voting rights by African Americans; and the Fair Housing Act of 1968, which prohibited discrimination in the purchase or renting of property. 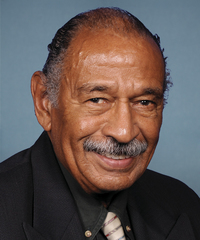 The United Nations Human Rights Council Working Group encourages Congress to pass H.R. 40 — the Commission to Study Reparation Proposals for African-Americans Act — which would establish a commission to examine enslavement and racial discrimination in the colonies and the United States from 1619 to the present and to recommend appropriate remedies. The Working Group urges the United States to consider seriously applying analogous elements contained in the Caribbean Community’s Ten-Point Action Plan on Reparations, which includes a formal apology, health initiatives, educational opportunities, an African knowledge programme, psychological rehabilitation, technology transfer and financial support, and debt cancellation.