MASON CITY, IOWA – A Mason City man who was hauled to jail this summer after he was allegedly witnessed beating a woman on a boat at Clear Lake was sent to jail after a plea deal.

On July 3, 2016 around 5:30 PM, Cerro Gordo County deputies were dispatched to a domestic assault in progress on a dock near the 2700 block of North Shore Drive in Clear Lake, Iowa. A driver passing by called dispatch stating they saw an adult male striking an adult female in a boat. After deputies arrived and investigated, 27-year-old Preston Waldschmidt of Mason City was arrested for felony domestic assault. The alleged victim was a 25-year-old woman from Mason City.

The Iowa Department of Natural Resource officers also responded to the incident and assisted on the scene. As a result, Waldschmidt was charged with felony domestic abuse assault involving strangulation and a no-contact order was put in place.

At sentencing this month, Waldschmidt was given 365 days in jail with all but 2 suspended. He was put on probation and ordered to pay $680.75 in fines and court fees. A judge lifted the no-contact order in the case. Waldschmidt is now in jail, serving his sentence. 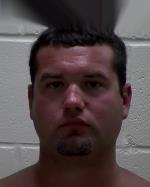