This news story was published on September 6, 2016.
Advertise on NIT • Subscribe to NIT

MASON CITY – Mason City police responded to a report of an intoxicated man at his liquor store and ended up arresting the owner after an un-permitted .45 handgun was found in his possession.

The incident took place on September 5 at 10:30 PM, when Mason City police officers were called to 719 North Federal, home to Don’s Liquor and Tobacco. Officers were sent there to check on a report of a woman trying to help a suspected intoxicated employee inside the establishment, which was open for business.

Officers arrived and verified the initial report, but by that time, both subjects were now outside the business. At the scene, officers encountered the owner of the liquor store, 47-year-old Francis Gill, who was unable to suggest someone for officers to contact to come care for him, as he appeared to be intoxicated.

As a result, officers arrested Francis Gill for Public Intoxication. During the investigation, officers discovered Gill had a concealed .45 handgun in his waistband at time of arrest. Gill did not have a valid CCW permit. He was charged with carrying a dangerous weapon. He was taken to the county jail and later released, pending a court date. 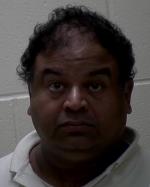