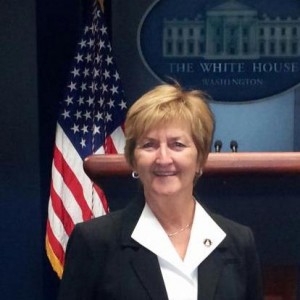 It’s hard to believe that all across Iowa students and teachers are back in the classroom. The cooler weather has helped us get in the mood, but it always seems like the summer flies by all too quickly! I would like to extend my wishes for a productive, rewarding year to all those involved in education in this state; students, teachers, administrators, support staff, volunteers, etc. This is always an exciting, hopeful time of year!

Unfortunately, many of the students will be feeling the impact from six years of the lowest school funding levels in Iowa history. Many schools have been forced to cut teachers, increase class size, and raise property taxes.

In Davenport, schools had to cut $5.5 million this year and it led to closing a school and a reduction of at least 24 teachers and staff. In Cedar Rapids, district officials will eliminate 12 high school teachers, and in Des Moines, 70 positions have been eliminated due to low basic funding for public schools.

According to the Iowa Department of Education, there are about 560,000 kids in Iowa public schools and the total number of school districts this year will drop from 336 school districts to 333 for this school year.

Class size in early grades has been proven in studies to have an effect on student achievement. The latest Condition of Education Report (2015) showed that Iowa’s average class size in grades K-3 increased slightly in those grades over the low funding years. Iowa has set a goal of 17 students or less in these grades, but the latest statewide averages for these grades are at 20 or 21.

Iowa Alcohol Laws to be Reviewed

With the rise of craft beers and micro-distilleries in Iowa, state officials will be conducting a comprehensive review of Iowa’s alcohol laws.

The Iowa Alcoholic Beverages Division (ABD) and the Iowa Economic Development Authority (EDA) will lead the study in conjunction with stakeholders. They will be looking at all three tiers of the alcoholic beverage industry.

Some of the topics to be discussed include the growing craft brewing and micro-distilleries industries.

According to the Brewers Association, craft breweries have a $636 million economic impact in Iowa and Iowa ranks 15th in country with 2.6 breweries per 100,000 adults of drinking age. The Iowa’s Brewers Guild has over 70 established or future breweries members that operate in the state. There are currently 11 micro-distilleries in the state with $6.5 million in revenue between 2013 and 2015.

The stakeholders hope to make changes to adapt to new consumer demands and make it easier to conduct business in the state. Iowa’s current alcohol laws have been in effect since 1934 and stakeholders have been urging changes to better adapt to current business practices. The taskforce will begin work immediately and hope to have legislative recommendations before the start of the next legislative session.