MASON CITY – A Forest City man was taken to jail after attempting to return stolen goods to a Mason City store.

The incident took place Monday, August 22 at around 3:39 at Best Buy, 440 Indianhead Drive. Mason City police were called to the store for a male subject attempting to return a stolen item to a store.

Officers arrived and after an investigation, a man was arrested for possession of stolen property and a felony charge of third offense possession of a controlled substance.

Karalius was taken to the county jail. He appears to have been released, and awaits a hearing on September 9. 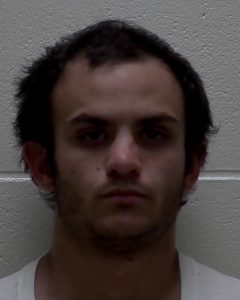