The incident took place Monday, August 15 at about 8:15 PM, when a Charles City police officer stopped a vehicle at the intersection of Blunt Parkway and Highway 18. During the traffic stop and ensuing investigation, the driver, 44-year-old David Oscar Chapman, was found to be intoxicated and had no insurance.

Chapman was arrested and taken to the county jail. He was soon released on a promise to appear in court on August 19. 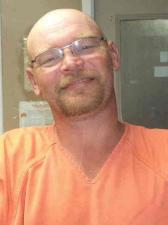