NORA SPRINGS – A number of local law enforcement agencies were in Nora Springs Tuesday, searching a home for guns.

One man was taken into custody as a result of the execution of a search warrant of a house at 214 North Gaylord Avenue. The owner of that house, Aron Jon Bierl, age 29, was arrested during the search. He was later taken to the Floyd county jail.  A source tells NIT that state patrol, Floyd county sheriff’s office, Charles City police , and Manly police were at the scene.

Bierl’s girlfriend, Rose, tells NIT that this is the second search of the house within two weeks.

“They came in said they had another search warrant … that’s 2 in less than 2 weeks and took him. I don’t know much else they wouldn’t tell me and they aren’t letting him use the phone.”

Rose could not confirm that Bierl was taken to a hospital prior to the county jail, as sources were disclosing.

Bierl’s house was searched earlier this month after an unknown person reported that young children had been left alone there while Bierl and the children’s mother were at the Pole Barn juice bar.  Rose tells NIT that “DHS came nothing was founded”.

Rose said that Tuesday’s search was “very stressful” and no guns were found.

“The first time (search) they found a gun … they were there for the child wellness check not sure why they were looking around in closets and stuff. They were supposed to just be checking on my kids.”

“I’m not sure what they all took” Tuesday, Rose said. 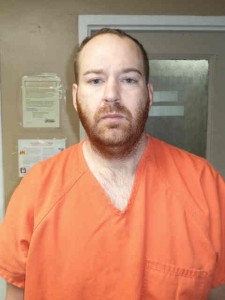