Woman who tried to flee Kohls with jeans sent to jail

MASON CITY – When you go to the store to get jeans, it’s always a better idea to pay for them before leaving, a North Iowa woman has learned.

Mason City police and Cerro Gordo deputies arrived at Kohls department store, 556 Indianhead Drive, on the evening of November 9, 2015. Officers and deputies began searching for a male and female suspects who fled the store. Soon thereafter, deputies apprehended the pair in a vehicle and placed them under arrest. Taken to jail were 39-year-old Kevin Christopher Becker and 37-year-old Jill Ann Schwem, both of Thornton, on charges of theft in the third degree.  Police told NIT that the couple tried to steal two pairs of jeans valued at $106.00 total. “They did allegedly exit the store with merchandise concealed and without paying for both items,” police told NIT. “Theft charge was enhanced to 3rd Degree due to prior convictions.”

Schwem pleaded guilty this month in a deal with prosecutors to fifth-degree theft. She was sent to jail for two days and ordered to pay $225.00 in court fees.

Schwem is convicted felon out of Black Hawk county on felony theft and also out of Cerro Gordo county for felony extortion.  She was also accused of stealing in Franklin county and charged by Sheffield police on October 12.  That charge was dismissed.

Becker has also pleaded not guilty and awaits a pre-trial conference on February 8 (for a possible plead deal) and a jury trial if that falls through on February 23. 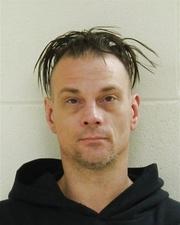 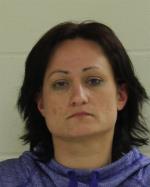