Council Bluffs police say that on January 29, 2016, at approximately 3:39 AM, uniform officers were dispatched to Country Inn and Suites, 17 Arena Way, in reference to a robbery. Upon arrival, officers made contact with an alleged victim, Aysia Whitmore. The Criminal Investigation unit was contacted and during their investigation learned that Whitmore was staying in room 308. The victim was previously acquainted with three suspects who were later found arrested.

Hours earlier, on January 28, 2016 at approximately 11:45 PM, Whitmore stated she was getting off the elevator and was walking to her room. As she rounded the comer in the hallway, she was confronted by 41-year-old Kimberly Trotter of Council Bluffs. Trotter proceeded to push Whitmore up against the wall and then produced a handgun. Trotter then went through Whitmore’s pockets and retrieved the key to room 308. As Whitmore and Trotter walked down the hallway, Whitmore noticed 25-year-old Jennifer Trotter and 23-year-old Tyrell Jones waiting by the door to room 308. These three suspects then directed Whitmore into the room. Once inside, Whitmore was taken into the bathroom where she was stripped of her clothing and forced to lay down in the bathtub. Kimberly Trotter then allegedly struck Whitmore with the gun several times in the face. Jones then came back into the bathroom and stuck a hand gun up to VVhitmore’s face and threatened to kill her if she moved.

When Jones walked out of the bathroom, Whitmore attempted to take cover under the sink counter. Jennifer Trotter then came into the bathroom and began assaulting Whitmore by kicking her. The suspects then left the room after taking her cell phone and numerous personal items. The victim was able to provide a possible vehicle description (Blue 2000 Chevy Tahoe) that the suspects were driving.

Uniform officers were able to locate this vehide at 1022 5th Avenue along with the three suspects inside the residence. The suspects were taken to the Criminal Investigation Division and each subsequently booked into Pottawattamie County Corrections on felony charges of Robbery and Kidnapping. Jennifer Trotter also had an outstanding felony warrant for probation violation from a previous theft conviction  and was also booked into the jail on this charge

Whitmore did receive visible facial injuries but declined medical treatment.
Our investigation is ongoing; however at this time police do not anticipate any additional charges. 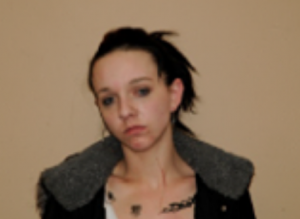 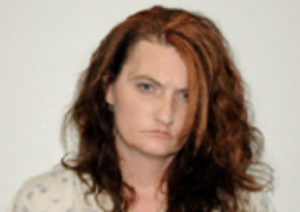 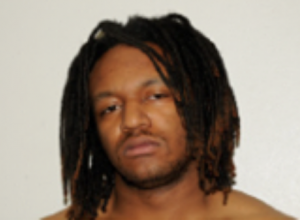 4 Responses to Woman kidnapped, beaten and robbed in Iowa hotel