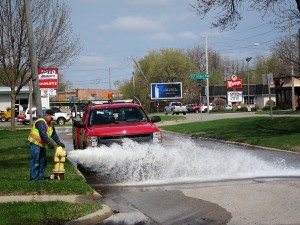 MASON CITY – We’ve all seen the horror happening now in Flint, Michigan, with lead-tainted water ruining so many lives. The good news in Mason City is, our water is tested and safe, the city’s engineer tells NIT.

Water tainted with lead has brought about a catastrophe in Flint, and the drama is unfolding on national news. The importance of keeping lead out of our drinking water cannot be understated. Lead can damage the brains of infants and children and even pass along that damage to future generations.

The Centers for Disease Control (CDC) says numerous measures have been undertaken over the years to keep lead out of drinking water, but lead still can be found in some metal water taps, interior water pipes, or pipes connecting a house to the main water pipe in the street. Lead found in tap water usually comes from the corrosion of older fixtures or from the solder that connects pipes. When water sits in leaded pipes for several hours, lead can leach into the water supply.

The CDC says the only way to know whether your tap water contains lead is to have it tested. You cannot see, taste, or smell lead in drinking water. Therefore, you must ask your water provider whether your water has lead in it. For homes served by public water systems, data on lead in tap water may be available on the Internet from your local water authority.

Here in Mason City, NIT inquired about the state of our treated water – which at one time, city officials considered bottling and selling. NIT questioned Mayor Eric Bookmeyer about the status of lead testing, the results of those tests, and if any of our infrastructure uses lead pipes. He deferred answers to those questions to the city’s engineer, Mark Rahm. Mr. Rahm answered the following questions posed by NIT: 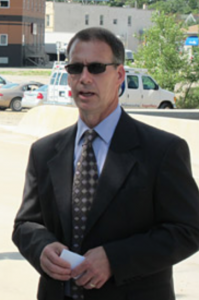 Q: Is Mason City’s water tested for lead, and how often?

A: Yes, Mason City is testing for lead as required. Samples for testing are collected at 30 sites, by the individual customer utilizing a test kit provided by the city. The customer collects the sample after a 6 hour minimum static period (no water run through the pipes for at least 6 hours).

Q: Do we have lead pipes in our water infrastructure?

A: No, the water distribution infrastructure in Mason City is a network of Cast Iron, Ductile Iron, and PVC pipes. There are a very few small diameter galvanized mains that are being replaced when possible.

Q: Is the city testing for lead in its drinking water, is it present in the water and at what levels?

A: The water leaving the plant is tested for lead. The test results consistantly report no lead detected. 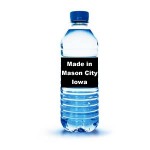 Mason City officials are confident in the city’s drinking water – so confident, they have considered selling it in bottles.

Mr. Rahm explained that “a water quality report is sent to all customers annually along with one of their monthly water bills. The report is also posted on Mason City’s home page. The report lists all of the contaminants that are checked through testing. The report lists the Maximum Contaminent Level (MCL) allowed by the EPA, compliance information, whether or not the contaminent is in violation, the date, and the source of contamination. If you review the report you will see that Mason City’s drinking water is not in violation of the EPA’s MCL for lead. Although levels of lead are detected in the samples being tested, notice that the source is contamination of household plumbing. Again, there is no detected lead in the water leaving the treatment plant.”